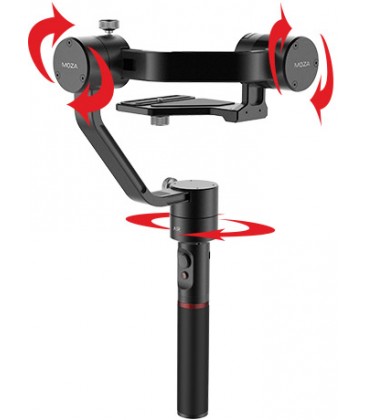 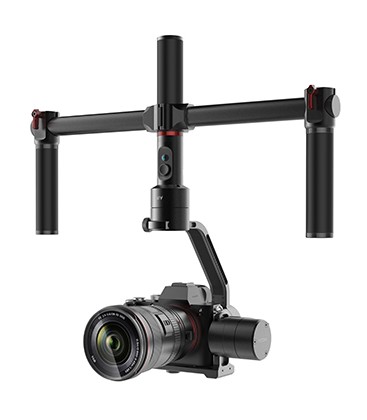 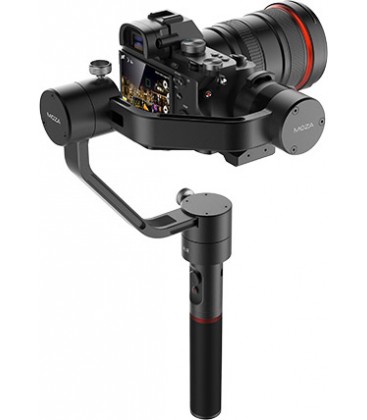 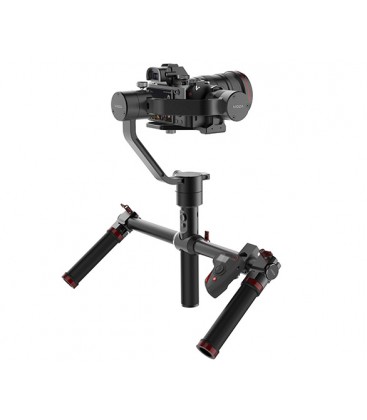 The smartest camera stabilization and control system for mirrorless cameras and DSLRs.

Shoot commercials, music videos, weddings, TV shows, documentaries, or films !Capture cinematic videos and create professional film productions with the MOZA Air. The 3-axis handheld gimbal has been designed to carry all mirrorless cameras and DSLRs, delivering smooth and stable shots for more professional cinematography. It is much more than just a camera stabilizer. It is a complete camera control system with more flexibility than ever before!

Quick Release SystemBuilt for MOZA Air, the optional quick release baseplate is fullycompatible with Manfrotto 501PL and Arca Swiss quick release plate.It allows you to detach your mounted camera from the MOZA Air and easily attach it to other photography devices.

Supported CamerasWith a maximum payload of 3.2 kgs, it can support all mirrorless cameras and most DSLRs， including Sony a7SII, Panasonic GH5, Canon EOS 5D Mark IV.

Sleek Design and Powerful PerformanceThe MOZA Air features the same advanced technology and high-quality materials as the MOZA Lite 2, but with an enhanced appearance and improved stabilization performance. Made from aerospace industry-grade aluminum, it weighs just 2.4 lbs (1.1 kgs). The sleek,unified design with no exposed wires, compact structure, solid aluminum construction, and powerful, automobile-grade motors with high resolution encoders make it the mostreliable camera gimbal in the indust

The MOZA Air is compatible with the MOZA wireless thumb controller, making it possible for your camera to operate in dual operator mode. Now, not only a one-man crew, a second operator can also have completeremote control over your camera and gimbal. The thumbcontroller features a precision joystick, as well as dedicated buttons for intuitive control of the camera'sstart/stop recording function, focus, and gimbal movement directions. When mounted to a tripod, slider, jib, crane, or anything else you have on hand, the MOZA Air can be remotely controlled up to 50 meters.

Shoot Motion Time-Lapse With MOZA Assistant AppThanks to the motion control capabilities built in to the MOZA Assistant App, you can create smooth, dynamic time-lapse video on your smartphone or tablet. The humanized interval and duration settings make it easy to shoot the beautiful scene of constant changes in air.

Mountable. Wide Adaptability.A ¼’’ screw hole at the bottom of the handgrip offers expansion for your device. The gimbal can be mounted to a tripod, slider, jib, crane or anything else with universal connection.

360° Rotation For An Incredible PerspectiveThe slip-ring technology employed in the motors allows the gimbal to rotate 360 degrees on yaw, tilt, and roll axis settings, pushing the boundaries of your camera's movement. Now your camera can capture 360-degree panoramic videos from an immersive, wide-angle perspective.

The Power Of Over 8-Hour Battery LifeThe handgrip houses three lithium batterieswith 2000mAh capacity that can run over 8 hours.

CAN: Generic CAN Protocol

Aperture Control: (will be available with firmware update)﻿